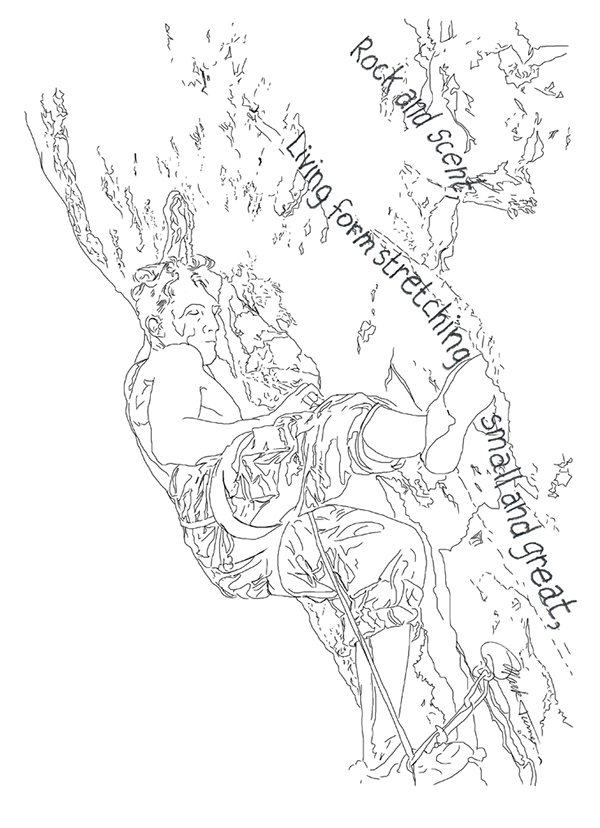 Here is the short art film of the poem expressed in spontaneous drawings featured in September.

I wrote the poem in September, 2011, during the process of major personal losses, moving to a less desirable environment and facing the mystery of the future.
This August we were experiencing surprising, positive developments in life and I picked the poem back up to draw it in quick pencil markings.
About the journey of life and the things that have inspired me to keep walking, the poem contemplates the unknown ahead which seems full of impossibilities. It affirms faith
that the way ahead will be opened, especially viewed on the other side of the original circumstances.
This film is the first one I have made almost entirely of spontaneous pencil drawings. The music score is also a special creation developing ideas from Igor Stravinsky’s
“L’Histoire du Soldat” and Johann Sebastian Bach’s “St. John Passion.” I incorporate environmental sounds to help dramatize the poem and provide meaningful continuity.

This is the fifth short art film which I have made for our collection. (See the others HERE.)

Please enjoy the film below.  I do hope other videos will not auto-play after ours concludes.  I apologize if that happens, or if objectionable visuals appear after it.

This site uses Akismet to reduce spam. Learn how your comment data is processed.

Get offers and announcements in our monthly e-mail.

Horizon Gate is a 501(c)3 non-profit arts organization. All donations are tax deductible.

Your Table of Creation – an art journal for you to customize